3 Best Software Stocks to Buy in 2022 and Beyond

Software is a necessity in our digital world. We use it at the office, to do business, for entertainment, and for a host of other functions. It enables me to write this article and provides the platform for the background music I am listening to. There are many companies competing in this lucrative space, and they can provide market-beating returns for long-term investors.

With a market cap above $2 trillion, Microsoft ( MSFT -1.46% ) is one of the giants of the software world. We all likely interact with a Microsoft product every day. Aside from its popular office products, Microsoft is a cloud computing, cybersecurity, and gaming leader. In fact, the company recently announced the acquisition of Activision Blizzard.

This blockbuster deal, valued at nearly $69 billion, will make Microsoft the third-largest gaming company globally by revenue. According to management, the gaming industry has reached $200 billion and is the fastest-growing form of entertainment. Activision Blizzard will bring almost 400 million monthly active players to Microsoft.

Spectacular results have been the name of the game for Microsoft. Revenue reached nearly $52 billion in the second quarter of fiscal 2022, increasing 20% year over year. Even better, management has increased its profitability in recent periods as you can see below. That’s terrific news for shareholders, as is the continued return of capital through dividends and share repurchases. The company returned almost $11 billion to shareholders in the second quarter alone.

Much of the gains are powered by Microsoft Cloud, which increased sales 32% year over year. The global cloud-computing market will grow from $445 billion in 2021 to well over $900 billion by 2026, according to MarketsandMarkets research, giving Microsoft a long runway for expansion.

Speaking of the cloud, DigitalOcean ( DOCN -3.93% ) has established its own niche as a cloud services provider. While companies like Amazon, Alphabet, and Microsoft may be better for large corporations with complex needs, DigitalOcean focuses on small- and medium-sized businesses (SMBs) and individual developers. To do this, the company promotes ease of use, straightforward pricing, and customer support. 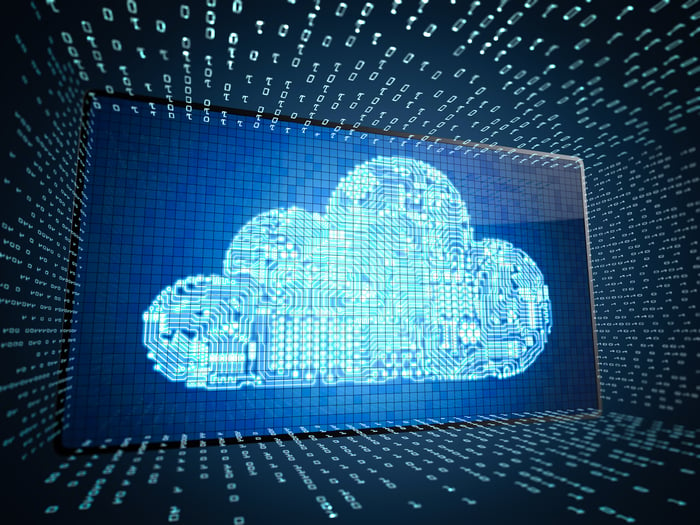 According to IDC, there are 100 million SMBs around the globe, and 14 million net new SMBs form each year. This offers DigitalOcean a vast and growing potential customer base. In fact, DigitalOcean reports more than 600,000 total customers. However, many of them pay less than $50 per month — the challenge for DigitalOcean will be monetizing this large user base.

The company reported $429 million of revenue in 2021, up 35%, while adjusted EBITDA increased 42% to $136 million. Even better, year-over-year revenue growth has been accelerating and reached 37% in the fourth quarter.

The company’s current market cap is around $5.7 billion, and the stock has fallen 35% year to date, although it is still up 24% in the past year. Over 10% of the stock’s float is sold short, so not everyone is convinced DigitalOcean stock will beat the market.

DigitalOcean is guiding for another 32% increase in sales in 2022. The company could be generating well over $1 billion in annual sales by 2025 if it can keep up this pace.

One of the reasons revenue continues to build is the company’s renewal rate, which consistently bests 97%. The product is incredibly sticky, and customers are clearly happy — a terrific sign for continued success. 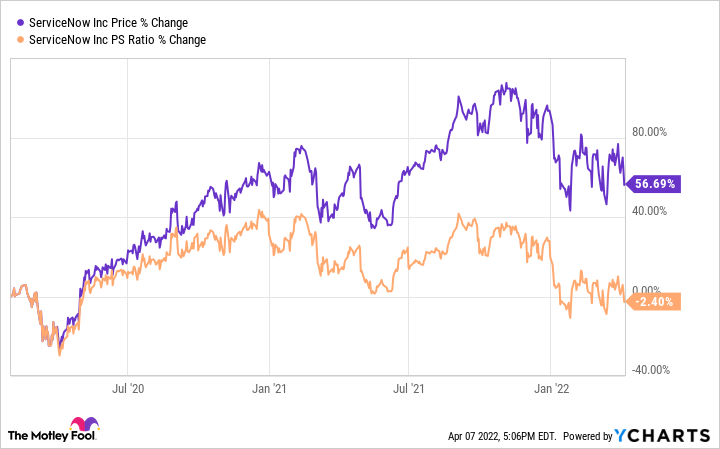 While the stock has gained over 55% since Feb. 1, 2020 (just before the pandemic), the price-to-sales ratio has actually declined. Because of this, the stock may now be trading at a compelling valuation for long-term investors.

This article represents the opinion of the writer, who may disagree with the “official” recommendation position of a Motley Fool premium advisory service. We’re motley! Questioning an investing thesis – even one of our own – helps us all think critically about investing and make decisions that help us become smarter, happier, and richer.