Business Editor
TOTAL cumulative foreign exchange auction allotments of US$3.1 billion since inception of the Foreign Exchange Auction System in June 2020 have become the biggest driving force behind renewed re-industrialisation in the country, industry leaders have said. Despite concerns over delays in disbursements of the funds, which the Government is addressing, industry captains have confirmed that the formal forex auction is one of the top drivers behind improved domestic production growth and exports.

In its latest manufacturing sector survey, whose results were issued last Wednesday, the Confederation of Zimbabwe Industries (CZI) reported that capacity utilisation for local firms jumped to 56,5 percent in 20221 from 47 percent in 2020.

The momentum includes Bulawayo companies such as Arenel, United Refineries and Jasbro Foods among others and several entities operating different businesses in Matabeleland region, which are also benefiting from the auction system. Currently capacity utilisation stands at 66,6 percent, according to Zimstat, which shows industry is growing in response to supportive Government policies.

Further, CZI has noted that firms invested up to US$147 million towards new capacity in 2021, thereby, creating a capacity gain of 25,6 percent and expanding job opportunities. “Our hope is that the risks that now face us due to the currency environment and the measures that have been announced will be quickly resolved so that we do not lose this momentum for growth.”

On the other hand 2 142 benefitted under the Small to Medium Enterprises (SMEs) Foreign Exchange segment where they shared US$17 850 257, which was a slight decrease compared to 2 371 beneficiaries in March who shared US$32,2 million.

The forex auction is conducted on Tuesdays and businesses, both small and large, share more than US$30 million on a weekly basis.

This positive industry report and its close correlation with the sustained Government commitment to ensure businesses get adequate access to foreign currency, have been lauded by analysts.

This comes amid concerns over adverse impacts of speculative market behaviour induced by parallel market activity and the resultant price escalation.

While the number of beneficiaries fluctuate slightly between months, the formal allotments have helped push the re-industrialisation momentum in line with the Government’s development drive, said President Mnangagwa. 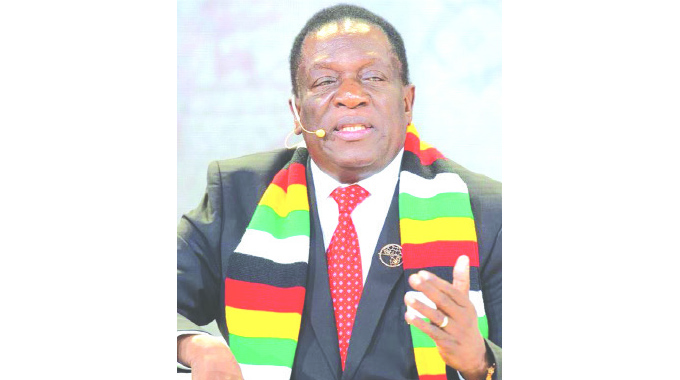 “Because of this sterling investment, 57 percent of manufacturing firms registered an increase in sales, with the whole sector realising a 5,5 percent increase in exports, that is from US$383 million in 2020 to US$404 million in 2021,” said President Mnangagwa in his weekly column published yesterday by our sister paper, Sunday News.

“A key detail struck me from the CZI survey: much of the US$147 million invested in new capacity came from the Reserve Bank of Zimbabwe’s foreign currency auction system.

“This is salutary given the negative comments we often get on foreign exchange auction system.”

“While the auction system has not always been able to disburse on time, and while we have had a few miscreants who have sought to abuse it, the overarching goals for which the facility was established are beginning to be met, with remarkable impact on the economy,” said President Mnangagwa.

“While the auction system has created another exchange rate in the economy, thereby causing possible arbitrage, this is a matter we are looking at,” said the President.

At last week’s auction, the main auction was allotted US$23 million while the Small and Medium Enterprises got US$3,8 million.
The Government introduced the forex trading system in June 2020 as part of measures to stabilise the exchange rates and improve businesses’ access to forex.